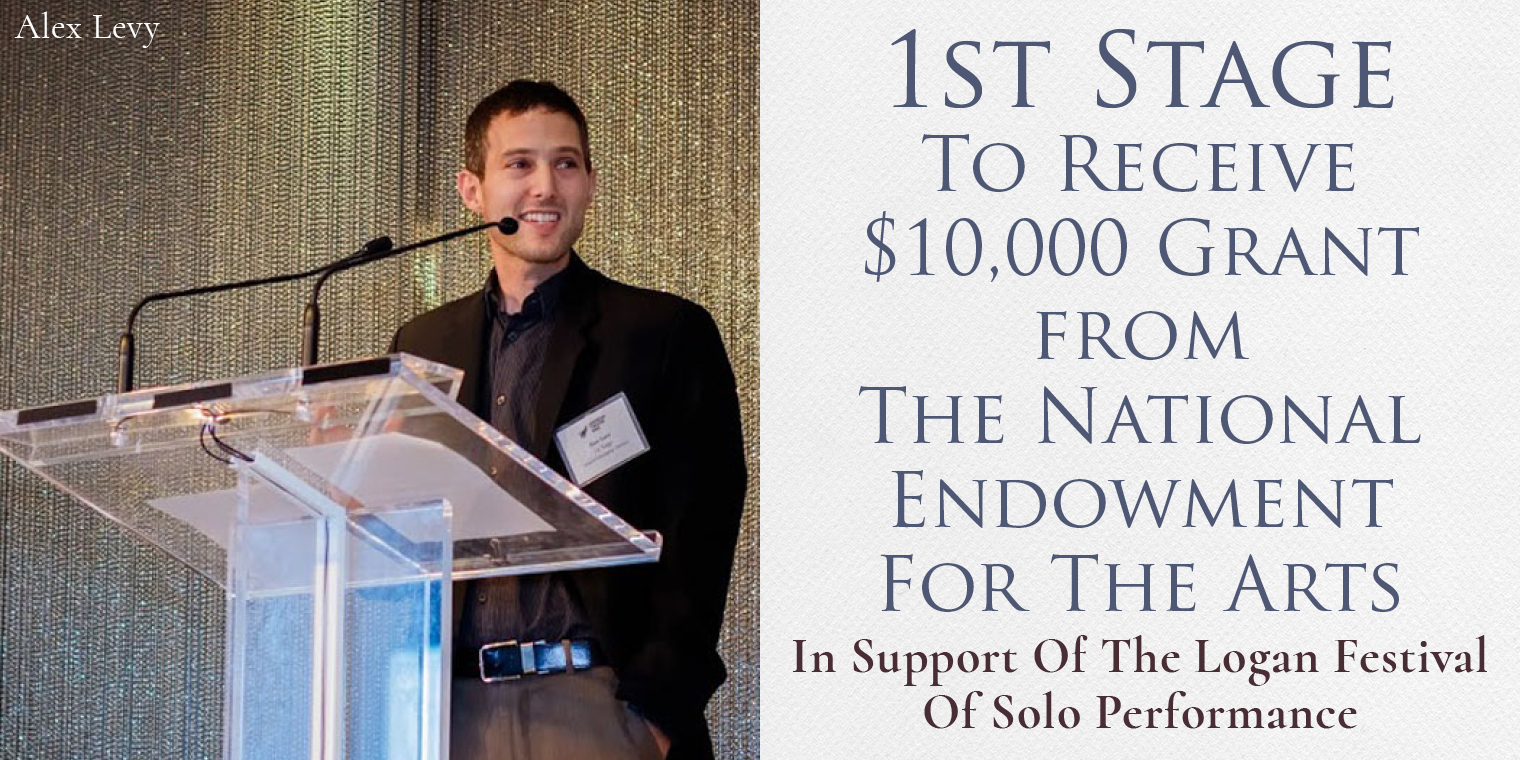 1st Stage To Receive $10,000 Grant from The National Endowment For The Arts In Support Of The Logan Festival Of Solo Performance

National Endowment for the Arts Chairman Jane Chu has approved more than $80 million in grants as part of the NEA’s second major funding announcement for fiscal year 2018. Included in this announcement is an Art Works grant of $10,000 to 1st Stage for the 2nd Annual Logan Festival of Solo Performance. The Art Works category is the NEA’s largest funding category and supports projects that focus on the creation of art that meets the highest standards of excellence, public engagement with diverse and excellent art, lifelong learning in the arts, and/or the strengthening of communities through the arts.

“The variety and quality of these projects speaks to the wealth of creativity and diversity in our country,” said NEA Chairman Jane Chu. “Through the work of organizations such as 1st Stage in Tysons, NEA funding invests in local communities, helping people celebrate the arts wherever they are.”

“The NEA’s recognition of 1st Stage through an Art Works grant is a tremendous honor,” said Artistic Director Alex Levy. “To be recognized among the nation’s most talented and integral art makers is a great privilege. We are dedicated to strengthening our community by providing excellent and diverse stories demonstrating a variety of perspectives to our regional audience. The Logan Festival of Solo Performance is a vital part of our dedication to presenting artistically excellent, socially relevant work.”

The 2nd Annual Logan Festival of Solo Performance, presented with generous support from the Reva & David Logan Foundation and additional support from the National Endowment for the Arts, will run at 1st Stage from July 12-22, 2018. This innovative festival, acclaimed last year in the Washington Post with “three plays prove the power of one,” will gather acclaimed solo performers from across the country for two-weeks of performances, workshops, discussions, and events. The main stage festival schedule features:

The Absolute Brightness of Leonard Pelkey

A brash New Jersey detective visits a vibrant seaside town to investigate the disappearance of teenager Leonard Pelkey. Through interviews with a withdrawn teenage girl, her abrasive but warmhearted hairdresser mom, the British proprietor of a dance-and-drama school, and at least half a dozen distinct characters, the truth of Leonard’s disappearances unfolds to a luminous conclusion. The New York Times raved the production “leave[s] you beaming with joy” and the New Yorker proclaimed it “a whodunit with a heart of gold.”

Where Did We Sit On The Bus?

Written and performed by Brian Quijada

During a third grade lesson on Rosa Parks, a young boy asks, if white people sat at the front of the bus and black people sat at the back of the bus, where did Latinos sit? This Drama Desk-nominated production examines Latino identity in America through the eyes of a young man journeying from childhood through young adult life. Where Did We Sit is “a theatrical mixtape of [Quijada’s] life, a mashup of looped rhythms, raps, songs, poems and spoken-word pieces that attempt to find the connecting threads of a life lived liminally” (The Chicago Tribune).

An unusual and hilarious stand up routine exploring everything from Indian heritage to history, mythology, gender roles, and horrifying middle school experiences. Brahman/ I is “a layered, insightful consideration of Indian-American cultural identity, gender and colonialism that happens to take the form of a stand-up comedy routine” (The Hollywood Reporter).

Celebrating its 10th anniversary season, 1st Stage Theatre is an award-winning professional theatre in the heart of Tysons, Virginia. The company serves as a cultural hub for the community producing first-rate theatrical productions as well as hosting professional musicians, orchestras, and visual artists, and providing educational opportunities for the community. Awards include the American Theatre Wing National Theatre Company award, Helen Hayes Awards for Outstanding Supporting Actress in a Play in 2017 and Outstanding Director of a Musical and Outstanding Lead Actor in 2015, and the John Aniello Award for Outstanding Emerging Theatre Company in 2010. 1st Stage artists and productions have been nominated for 10 Helen Hayes Awards in 2018. 1st Stage is a member of the Catalogue for Philanthropy class of 2016-2017. In September 2016, The Wall Street Journal called 1st Stage “one of America’s most impressive smaller regional companies.” The Washington Post named 1st Stage’s production of Jesus Hopped the ‘A’ Train among their list of the “10 Best Washington Theater Productions in 2017.”

Kick Off the Holiday Season in Vienna!

Nov 17, 2019 / Comments Off on Holiday Homes Tour to Include 6-Acre Ballantrae Estate