When he was growing up, Terry Fator was such a fan of ventriloquism, that his parents used to let him watch the mature TV show “Soap,” but only the parts that Jay Johnson as Chuck (and his popular puppet Bob) were in.

“My parents would watch and every time he came on, they would call me into the room and I would run in and laugh, and as soon as his part was over, I had to leave,” Fator says. “He inspired me so much.” 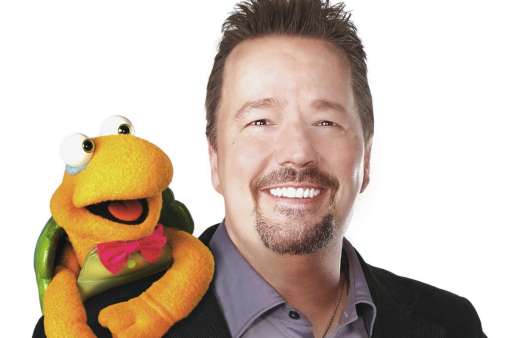 Fator also drew inspiration from the great ventriloquists of the time—Edgar Bergen, Willie Tyler and a young Jeff Dunham.

He first learned about the art of ventriloquism when he was in the fifth grade and checked out a book from his school library. Not long after, he won first prize at a church picnic for his first live ventriloquism act.

“Ventriloquism has had its up and downs throughout my life—it could be insanely popular one year and then take a dip the next, but I have always been a fan,” he says. “Children have always liked puppets but when the Muppets came along, it changed people’s perception that puppets could entertain adults as well as children. That’s what I wanted to do.”

Coming from a lower middle-class family, his father, a janitor, wasn’t the most encouraging person, but his mom championed his career goals. Fator began playing schools, community fairs and small festivals, and was happy entertaining people and making enough to get by.

In 2007, he made a decision that would forever alter his life. Fator applied to be a contestant on the second season of “America’s Got Talent” with hopes of just getting his name out there a little.

“I had no idea what the show could do. My attitude going in was I have as much shot as winning as I do of winning Powerball. I did not go in saying I wanted to win,” he says. “I wanted to get some national television exposure, hopefully get some new fans and if the judges said some nice things about me, make a great DVD to sell at my shows, and maybe be able to double my price.”

Week after week,  Fator entertained the TV audience and the judges with his over 100 impressions, singing and delightful ventriloquism act. He was as shocked as anyone when his name was announced as the million-dollar winner.

“I was a complete unknown ventriloquist yet I was as good as I was on America’s Got Talent for 15 years before I went on, but no one knew, because I didn’t have a vehicle to get me on television,” he says. “The experience changed my life.”

That’s about as big an understatement as he could make. Not longer after winning the show, he was offered one of the biggest Las Vegas deals in history—a six-year run at the Mirage for approximately $110 million.

“Never in my wildest dreams did I think I could sign a deal like this—that just doesn’t happen to me. My manager at the time called me with the news on a Friday and it took me a few days before my brain could really register it, and you had to scrape me off the ceiling,” he says. “I mean, I was performing at people’s houses or small places; this wasn’t in my echelon of thinking in any shape or form.”

Fator will be bringing his act to the MGM National Harbor on Friday, June 16 beginning at 8 p.m. With him, of course, will be his puppet friends (including Winston the impersonating turtle; Emma Taylor, the little girl with the big voice; and lounge singer Monty Carlo) for a show much different than the one he performs in Las Vegas each week.

“I’m always updating and changing my show, so people are going to see a whole lot of different stuff,” Fator says. “I’m always pushing the limits of my creativity and looking for new ways to tell stories. It’s the same uplifting show it always is.” 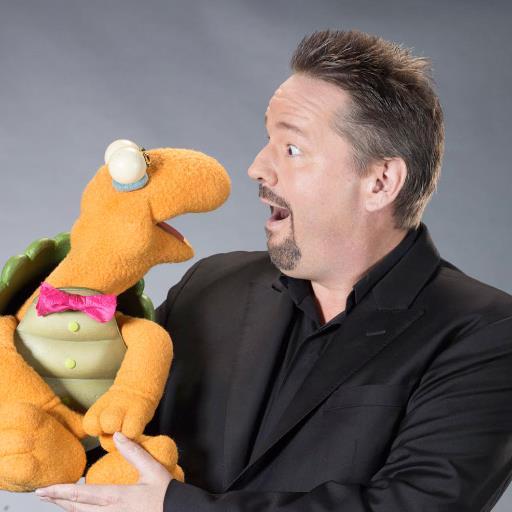 Expect Mr. Fator’s trademark impressions, singing, storytelling and even a little dancing. He promises that audiences will leave on a massive high. The show is about 70 percent music, with impressions of everyone from Etta James to Elvis Presley to the Beatles in the mix.

“I don’t need to go on the road, but I love to do it, which is why I made the deal in Vegas to have weekends off. I can go out now and show people all over the country what I am doing in Vegas,” he says. “Since the show in Vegas is different, it’s almost like Part I is on the road and Part II is what I do there, so people can come and have a totally different experience.”

For more information or to purchase tickets, visit www.mgmnationalharbor.com