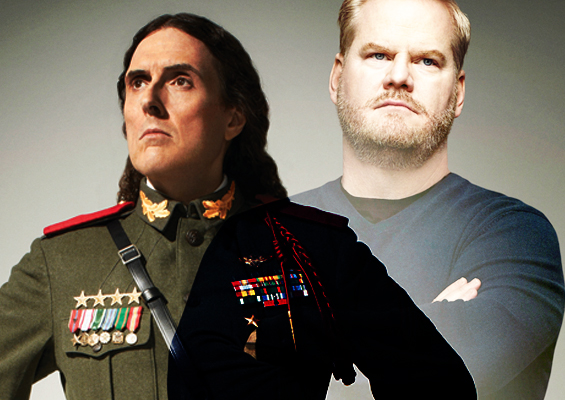 Summer in Vienna is always a popular time for music, theater and comedy lovers, as some of the country’s most exciting and top performers head to Wolf Trap’s Filene Center. With 90-plus shows on tap for its 44th season, this year’s schedule looks to be one of Wolf Trap’s finest.

Whether you’re a fan of the ’80s and come out to see Culture Club or The Indigo Girls; a country lover who checks our Lyle Lovett; dance freaks who want to move along with Dancing With the Stars’ Derek & Julianne Hough; or want to sing along to “Eat It” with Weird Al Yankovic, there’s something for everyone on this year’s docket.

Other acts sure to be a hit with Virginia audiences are Frankie Valli and the Four Seasons on Aug. 19, The Beach Boys on Aug. 23 and original American Idol winner Kelly Clarkson on Sept. 12.

“We really tried to get some big names that we’re not used to having here, like Kelly Clarkson, and there will be some others who haven’t been confirmed yet,” says Peter Zimmerman, senior director of programming and production. “All in all, we have a schedule that we feel will appeal to everyone on one level or another.”

“We’re always trying to branch out to different demographics, and part of that was the impetus for booking A.R. Rahman, because there aren’t that many big South Asian stars and we wanted to reach out to that audience,” Zimmerman says. “We do really well with old-school rock and roll, so we tried to target some new ones who maybe hadn’t been here in a while.”

Therefore, if you’re a fan of classic rock, there’s no better place to be. On June 14, Classic Albums Live presents The Beatles—Abbey Road. Wolf Trap favorites, the Steve Miller Band plays June 17, a double billing of Peter Frampton and Cheap Trick share the stage on June 25, and CCR’s own John Fogerty plays a solo show on June 30.

Fans of musical theater will be thrilled as the one-and-only Audra McDonald appears on June 22, plus “The Pirates of Penzance” graces the stage on June 13 and a performance of “Million Dollar Quartet” plays June 26.

Comedy lovers will want to come out for the 28th Annual Evening of Comedy on May 1 and 2, as well as for popular comedians David Sedaris on Aug. 2 and Jim Gaffigan on Aug. 12.

Wolf Trap will also offer a variety of evenings of opera at The Barns at Wolf Trap, and 30-plus performances at Wolf Trap’s Children’s Theatre-in-the-Woods.

Of course, no Wolf Trap season is ever complete without some unique and outstanding performances by the NSO orchestra. This year, the orchestra plays alongside a screening of “Back to the Future” (June 19), the movie “Star Trek” (Aug. 1) and a journey through 20 years of Pokémon.

“Over the past 2-3 years, we’ve tried to beef up our National Symphony programming,” Zimmerman says. “This year we’re also doing two operas at the Filene Center.”

This is just the tip of the iceberg as the whole summer is filled with exciting shows for whatever genre of music you like. For a complete list, visit www.wolftrap.org.