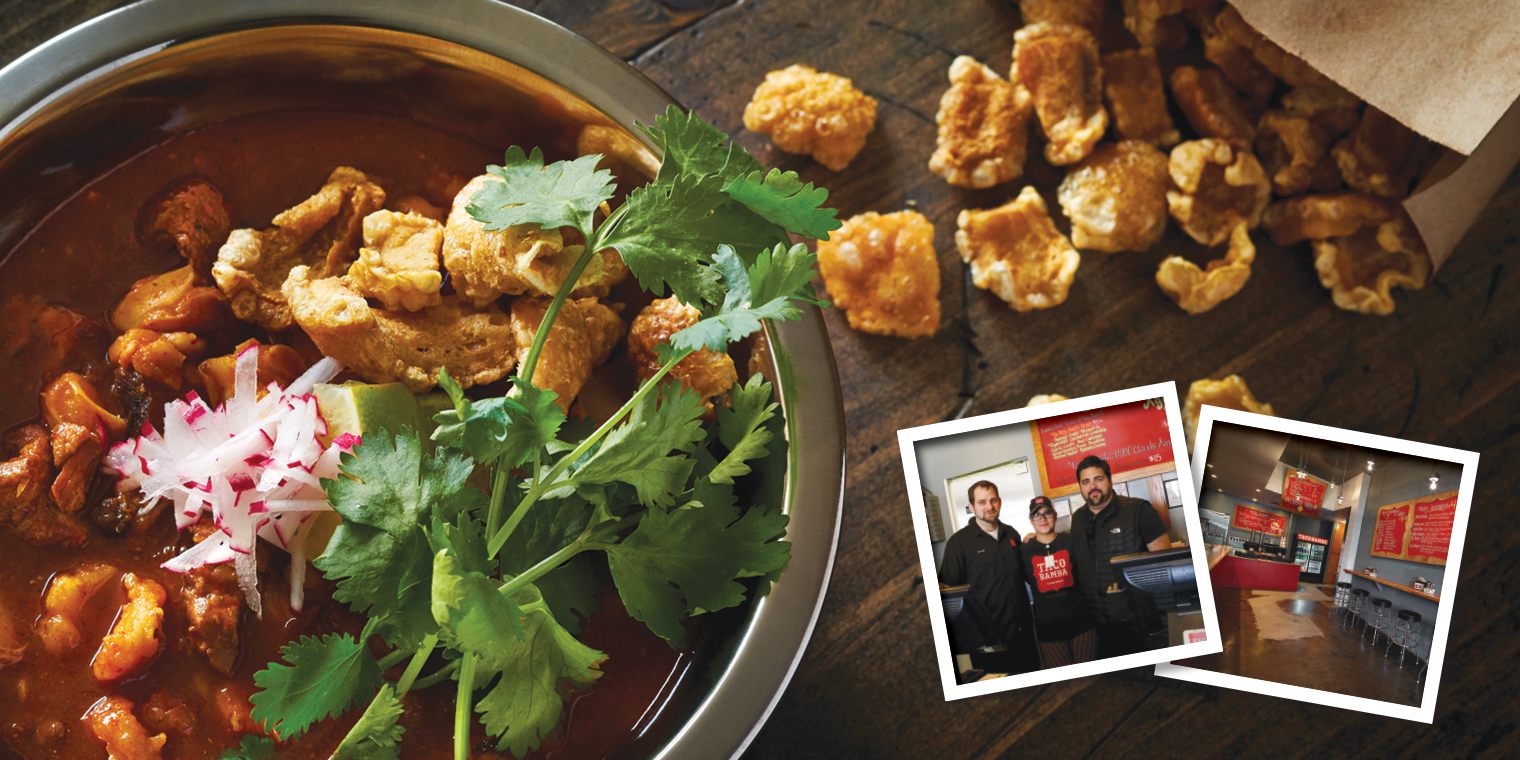 Taco Bamba is like its owner Chef Victor Albisu—Latin and bold, but also refined and smart. This little Mexican taqueria, situated in the corner of a humble strip mall (2190 Pimmit Dr.), is selling the most exciting street food this neighborhood has probably ever seen; and they’re doing it in a relatively glamour-free spot near Tysons. Despite plans to expand the Taco Bamba brand to other Northern Virginia locales, Albisu says the Falls Church Taco Bamba location “will remain closest to my heart.”

Taco Bamba currently serves as a community-gathering place; Albisu knew the neighborhood was hungry for it. Open at 8:30am, construction workers are usually in the door first, but expect that door to swing open dozens of times every hour, with business people, neighbors, high school kids, groups of millennials, and cooks (when you see a cook coming into a restaurant, that’s a good sign) until it closes at 10pm. There aren’t many places to sit at Taco Bamba; there are no real tables. But that doesn’t stop people from loitering about; some bring their own table, setting it up outside the door (the eatery does have chairs outside). You’ll also find patrons sitting on the curb, savoring their overflowing tacos. Others may sit on their cars, or perhaps in their cars. Everyone is welcome to gather together and eat the most genuine Mexican food this side of San Diego.

Trained at Le Cordon Bleu School in Paris, Albisu’s résumé names him chef at three acclaimed Washington DC restaurants—BLT Steak, Ardeo & Bardeo ,and Ceiba—when the buzz for each was at its peak. He’s cooked for the Obamas and the President of Uruguay. In 2013, Albisu opened his South American grill, the upscale Del Campo in Penn Quarter, promptly earning the designation, “Best New Restaurant,” in Esquire. With the addition of Taco Bamba, the charismatic Albisu walked away with 2015 MidAtlantic Chef of the Year from the Restaurant Association of Metropolitan Washington.

When this respected chef decided to open a take-out restaurant next to his mother’s grocery, Plaza Latina, he turned his intense gaze toward creating traditional tacos and his famously large tortas. Albisu’s goal was to serve all people: “When I first took this on as an endeavor, it’s not something I wanted to promote. It’s something for the neighborhood, something to add to my mom’s market. It’s for the clientele, which is definitely Latino.” 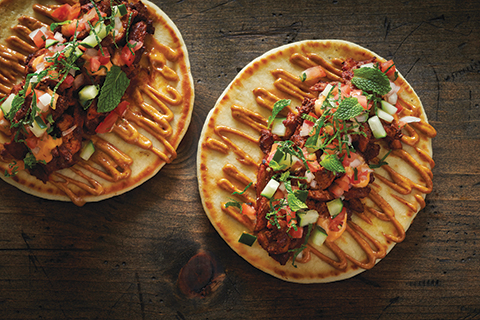 When you ask about Taco Bamba’s signature dishes, he laughs, “I don’t take credit for ancient food that’s been growing on the streets of Mexico for much longer than I’ve cooked it.” Albisu elaborates: “The way we put our food together here is the signature of what I do. We take traditional ingredients and turn them on their head; we have a good time with them.”

As a member of the American Chef Corps with the U.S. State Department, the trilingual Albisu is determined to educate the DC Area about the diverse food cultures found in different parts of Latin America. He focuses his restaurants on the culinary specialties of a specific country or region—at Del Campo, it’s South America; at Taco Bamba it’s Mexico. “This has been an interesting journey for me,” explains Albisu. “I’m trying to elevate cultures for what they are, not mix them up for no reason…we have fun with the menu, but this is a Mexican eatery.”

Albisu is pleased with the value he offers his customers, along with the authentic list of options. Tacos range from $3 for Tradicionales to $4 for Tacos Neustros, and you will have trouble finishing three in one sitting. Each taco features generous portions of proteins—shrimp, pork, sausage, beef or chicken—tucked into silky cremas or savory salsas, blasted with peppers and herbs, and wrapped inside two supple corn tortillas. The Super Tortas, one of the pillars of Mexican street food, are submarine sandwiches on supple rolls. Each mingles multiple kinds of beef or pork with salsa, queso fresco and Taco Bamba’s vinegary jalapenos. 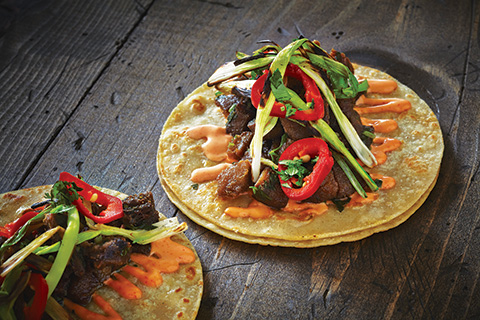 Stop in anytime for breakfast, and you’ll find the popular Huevos Rancheros, but lots more. The Tinga Tostada is a multi-layered, fried-egg bite of sunshine. At lunch, try the playful La Poutina taco, with (what else) French fries, along with barbocoa jus, pickled onions and bacon; or the standout El Beso, crispy pork and beef bites slathered with Sriracha aioli and scallions. Sopes are another Mexican street snack, and Taco Bamba’s Camaron Diabla sope is packed with spicy shrimp, drizzled with avocado crema, nestled into crunchy cornbread. Albisu’s Pozole is a steaming bowl of stew topped with Chicharrones, house-fried pork rinds. Burger lovers should sample the Bamba Dog, a messy, double-stacked sandwich stuffed with “Gringo Meat” and pineapple-chili relish. Cool down the heat with some shareable Arroz con Leche, Albisu’s caramel rice pudding. Thanks to his mother’s market, Albisu has access to imported ingredients and spices directly from many Latin American countries.

Albisu’s mantra is to make things memorable, and he achieves this both with intense flavors and a high-energy atmosphere. Taco Bamba plays very loud music. It’s part of the experience, says Albisu. “Sometimes there will be opera blasting, then we’ll play Metallica or gangster rap. People go, ‘what’s going on?’ but it’s part of the experience, the vibe here.” Whether you adore the bold flavors, blasting tunes, lack of seating—or not—you definitely won’t forget Taco Bamba.