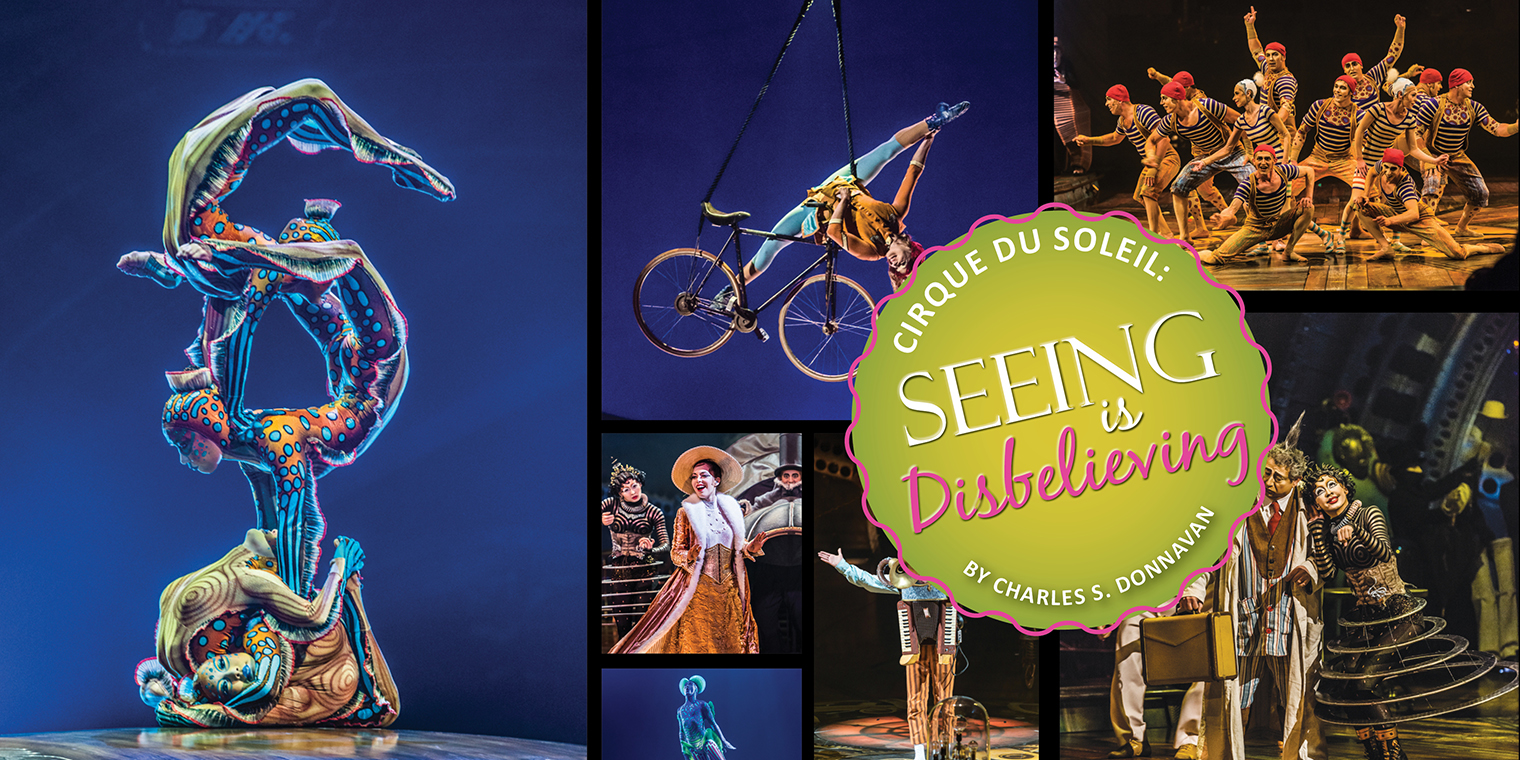 Have you ever dreamed about altering reality at will?

If so, you’ll want to head to Tysons Corner this summer as that’s the theme of Cirque du Soleil’s latest extravaganza, “KURIOS – Cabinet of Curiosities,” which will will premiere under the iconic blue-and-yellow Big Top at Lerner Town Square at Tysons II from July 21 through August 21.

In the show, guests are surrounded by whimsical curiosities that come to life in the most amazing ways, as if you are at a Victorian carnival or magical sideshow.

Written and directed by Michel Laprise, Cabinet of Curiosities is Cirque du Soleil’s 35th production since 1984, and includes a talented cast of 46 performance artists from 15 different countries.

Laprise has a great deal of experience in creating unique performance art performances. He spent nearly a decade as an actor, director and artistic director in the theater world, and was hired by Cirque du Soleil in 2000 as a scout.

He quickly proved his chops and was promoted to special events designer, under his direction the troupe performed with Quebec diva Diane Dufresne during the Opening Ceremonies of the Montreal 2006 Outgames. He also took the helm of the large-scale performance event created for the launch of the Fiat Bravo in Italy (2007); the Cirque du Soleil performance event celebrating Quebec City’s 400th anniversary (2008); and the launch of Microsoft’s Kinect console at the 2010 Electronic Entertainment Expo, broadcast on MTV. Laprise even collaborated with Madonna as an artistic consultant for her performance at the Super Bowl XLVI halftime show and later directed her world tour.

The creative team of KURIOS – Cabinet of Curiosities consists of 17 creators under the artistic guidance of Guy Laliberté and Jean-François Bouchard.

The show follows a story where time comes to a complete stop, transporting the audience inside a fantasy realm where anything and everything is possible. It’s a world set in the 19th Century only seeing is disbelieving.

Descriptions of the tale have been vividly painted by all who have seen it. In an alternate yet familiar past, in a place where wonders abound for those who trust their imagination, a Seeker discovers that in order to glimpse the marvels that lie just below the surface, we must first learn to close our eyes. In his larger-than-life curio cabinet, the Seeker is convinced that there exists a hidden, invisible world—a place where the craziest ideas and grandest dreams await.

From there, a collection of otherworldly, benevolent characters suddenly steps into his makeshift mechanical world. When this outlandish group turns the Seeker’s world upside down—with a touch of poetry and humor—in an attempt to ignite his imagination, the curios jump to life one by one before the Seeker’s eyes.

The title of the show takes its name from the humble and strange characters that inhabit the Seeker’s Cabinet of Curiosities—the so called KURIOS, assistants including the Winch Kurios and Suction Cup Kurios.

Other characters include Nico the Accordion Man, who wears a costume that allows him to bend way down or stand way up so he can be at eye level with absolutely everyone; Mr. Microcosmos, leader of the group, who is the embodiment of technological progress; Klara the Telegraph of the Invisible, who can receive alpha waves by turning on her heels and pointing her hoop skirt in various directions; and Mini Lili, who represents Mr. Microcosmos’ unconscious mind.

The show originally premiered in Montreal back in 2014 and has remained a popular hit throughout North America, keeping the unique tradition of Cirque du Soleil alive.

New Year Resolutions: Why They Fail and How You Can Succeed

Jan 04, 2020 / Comments Off on New Year Resolutions: Why They Fail and How You Can Succeed

A Winter Frolic for the Family