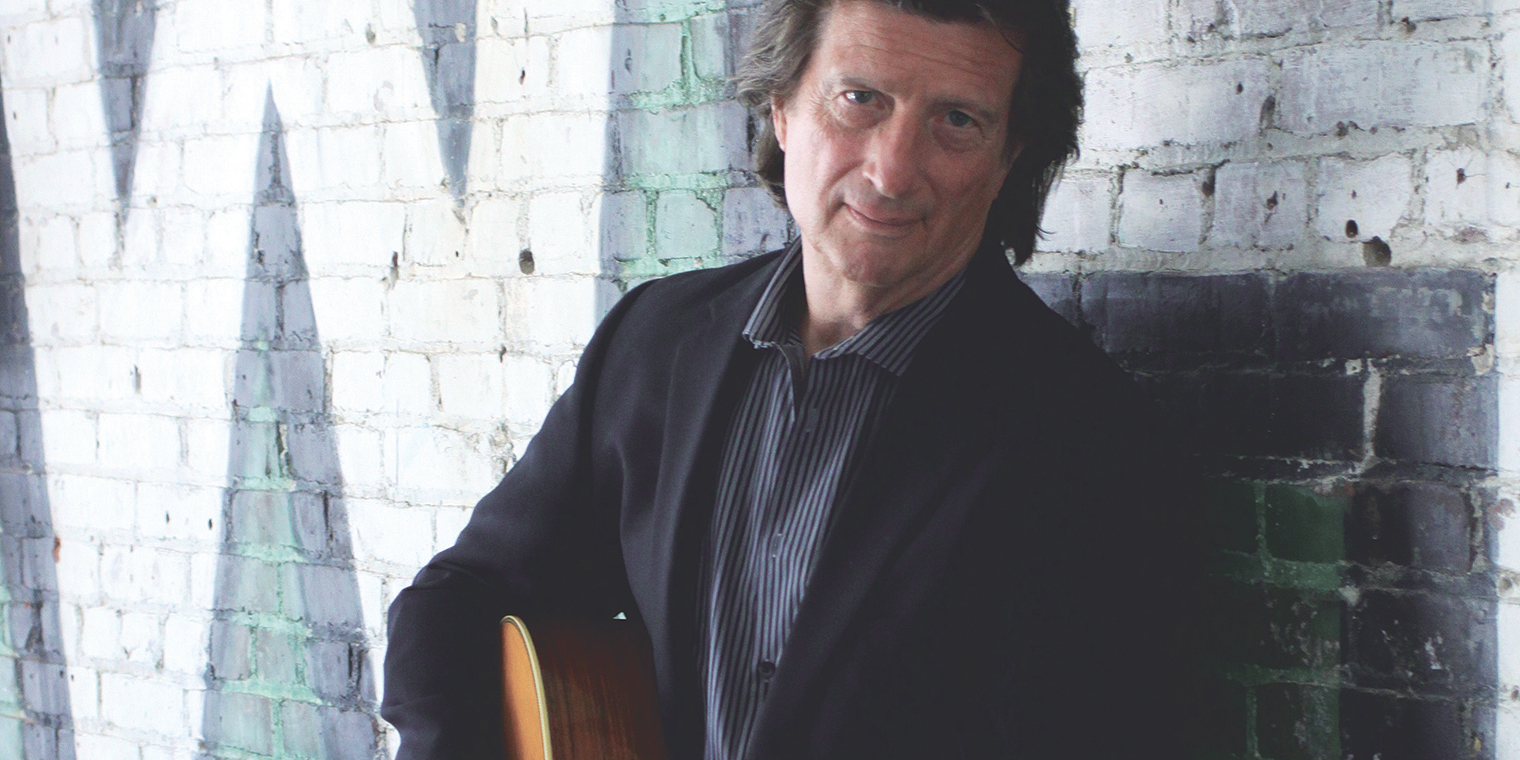 Blues-folk icon Chris Smither has long been revered for both his guitar prowess and his way with a lyric. To mark his 50th year in the music business, the performer released three noteworthy projects last year—a double retrospective CD, a Lyric Book, and a Tribute Album (Link of Chain) featuring Bonnie Raitt, Loudon Wainwright III, Josh Ritter, Dave Alvin, Tim O’Brien, Patty Larkin and many others.

And his secret for surviving in the industry for so long? “Don’t get too famous too fast,” he says. “I think half of it is just staying interested yourself. I love to play. I write the songs and make the records so I can perform, because I simply love to get out and recreate the songs in front of people.”

“Still On the Levee,” the double-CD retrospective, features fresh new takes on 24 iconic songs from his vast career, including “Devil Got Your Man,” the first song he ever penned.

Meanwhile, “Chris Smither Lyrics 1966-2012” is a lyric book that features his complete set of lyrics complemented by select images of Smither and performance memorabilia from his decades-long career.

“Looking back, I have a lot more confidence now in what I do. It’s gotten to the point now that I know within certain parameters what I can and can’t do,” Smither says. “For me, it took a long time to realize the relationship with the audience is not adversarial. They are on your side and once you accept that fact, the whole thing becomes more of a joy.”

In December, Smither was recuperating after getting a new heart valve, but he says that’s not going to stop him from performing. In fact, on March 5, Smither will be performing at The Barns at Wolf Trap, in a show that will cover all five decades of his career.

“Each song is like a little story that I venture out on and I show up in between the songs to talk to the audience,” he says. “There might be one or two new songs because I’ve been working on some new things. It will be a competent and enjoyable performance.”

The 71-year-old is seeing people of all ages at his shows these days, and is thrilled that people who have followed him his whole career still come out, as well as younger folks.

“People come up to me after the show and tell me that their parents raised them on my music,” Smither says. “That’s somewhat alarming to hear, although if I do the math, I know it’s true.”

The New Orleans-raised troubadour was born in Miami during World War II, but moved to Louisiana early in life, and it was his uncle that taught him the rudiments of instrumentation on a ukulele of all things.

Smither was an anthropology student at Mexico City University when his roommate introduced him to the music of Lightnin’ Hopkins. From there, he became obsessed with the blues.

“I’d loved acoustic music—specifically the blues—ever since I first heard Lightnin’ Hopkins’ ‘Blues In My Bottle’ album. I couldn’t believe the sound Hopkins got,” he says.

So, he put his anthropology dreams aside and decided to take a crack at music instead, heading to Boston in the mid-’60s. It was there that he began long friendships with the likes of Bonnie Raitt and legendary folk singer Eric von Schmidt.

Smither became a quick favorite on the scene. His first two albums, “I’m A Stranger, Too!” and “Don’t It Drag On” were critical and popular successes. He continued releasing albums and by the early ’90s, his steady nationwide touring and regular release of consistently acclaimed albums cemented his reputation as one of the finest acoustic musicians in the country.

He still writes all the time and new songs can come to him anywhere—even at sound checks.

“I might be doing a little guitar riff and it sounds kind of neat, and you gradually get a collection of these things,” Smither says. “I do set times for myself at home to write; putting myself into a room for three hours and not allowing myself to come out. It actually works.”

Smither appreciates all his fans and those who have helped him be a success for more than five decades, and someday when people look back at the music annals, he hopes to simply be remembered.

“I compare it to a literary course, where you might learn about a particular time period and studying all the giants of the era, but then there’s five to 10 minor poets of the age, and that’s me,” he says. “I just want a mention!”

Oct 25, 2020 / Comments Off on The Kitchen: Where to Begin the Remodeling Process?