Growing up with a diplomat as a father, Jessica Speckhard was raised abroad, moving between Belarus, Belgium, France and Greece. Regardless of what country she was in, the one constant in her life was she was always creating art, taking classes from a very young age. 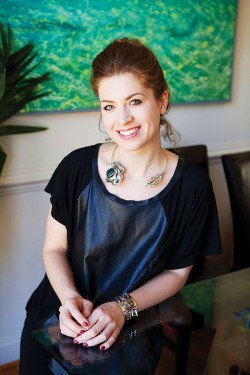 “I went to art school in Paris and finished up in Greece,” Speckhard says. “I just always loved fine arts. I did my first solo show in Greece, and it was very well received, and it got the attention of Dakis Joannou, one of the top-five collectors of contemporary art in the world.”

By the time the artist moved to New York in 2010, Joannou’s interest in her work helped her get into shows in the city.

She works in a variety of fields, most often manipulating digital photographs and videos, as well as staging performance work. Her most notable performance piece took place at Art Athina, where she climbed inside sculptures created from salvaged trash.

Although Speckhard works mostly in photography, technically, she doesn’t consider herself a photographer—more of a “collager.” It’s not something she learned in art school, but it’s a mixed media format that she quickly became interested in after school.

“My work is mostly large scale collage printed on Plexiglass. It’s a technique I developed on my own and it’s kind of like painting with pictures,” she says. “I work in a unique technique of digitally layering photographs and use all my own photos and work on them on the computer. The print is mounted on to the Plexiglass with a floating aluminum frame on the back, so it looks like they are floating.”

Speckhard’s nomadic lifestyle has often served as a catalyst for her artwork, which frequently depicts travelers exploring the worlds she creates for them.

Her characters in her pieces—mostly children and young men and women—break the rules of their spaces as they search for enlightenment. The shift between childhood and adulthood is a recurring theme in her work. 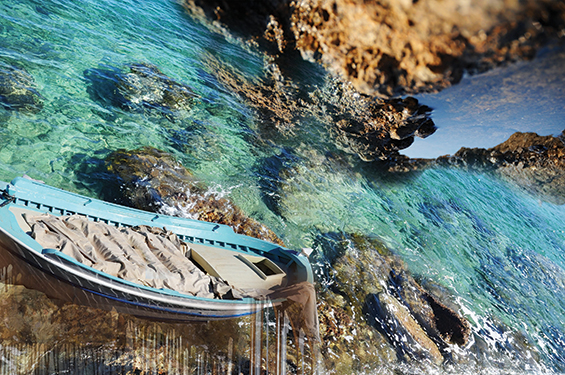 “A lot of my work has my own photos of family members, I use my daughter a lot,” Speckhard says. “People have picked up on that and when I do commissioned pieces, I use photos of their families. I really like working with families and hope to continue doing that.”

Speckhard moved to McLean two years ago and jumped into the art scene, and recently set up an art studio in Falls Church.

“I think the art community in the DC area is really growing and I hope to be part of that,” she says. “So, that’s what I am doing now.”

Over the years, she has shown her artwork in numerous prestigious galleries in New York and internationally and has had her work collected by some of the world’s most prominent contemporary art collectors.

“I have a number of private clients in the area and while preparing for my next show, I am working on commissioned pieces for those who have something special in mind or who would like to have images of their own family members included in my pieces,” she says.

In her new body of work she is manipulating photographs she’s taken in an effort to create a digital wasteland of images that both deconstruct and reprocess imagined “memories,” much like a computer, or a social network constantly filtering, compartmentalizing and re­imagining the created self of the modern individual. 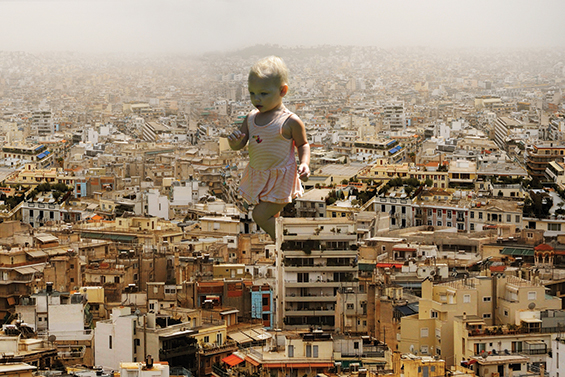 Speckhard says she is very interested in displaying where the real world and digital world collide, and has been exploring that merge in her recent work. She also likes the idea of working with memory.

“I often have a theme of adolescence and coming of age,” she says. “My work is often very theatrical and I definitely refer to classical paintings and classical work.”

In addition to her artwork, Speckhard has started her own jewelry line called Second Daughter, which has been up and running since 2011. Her art-world background feeds into her jewelry collection with a signature style that incorporates a vast sea of influences—from animal life to architecture. 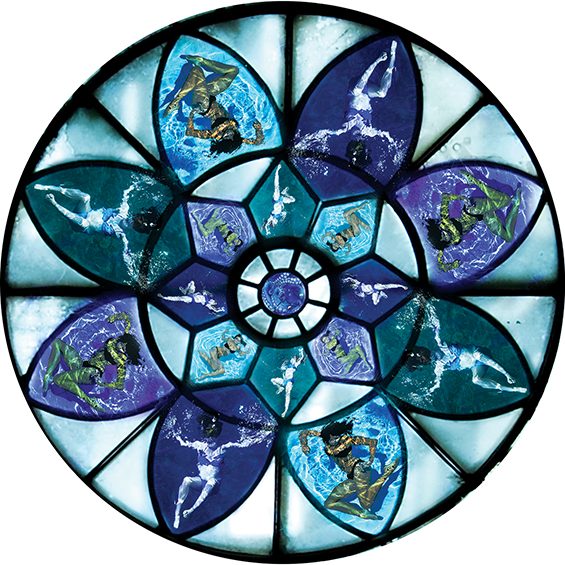 “I started the jewelry business because I wanted to fund the art. I wanted to make all these big art pieces, but a lot of galleries were telling me I needed to make smaller pieces because they were more sellable,” she says. “I didn’t want to be constricted in that way because I don’t think art should be just a business. I think you need to be a speaker for society.”

Additionally, she always had a love for jewelry and her inspirations in art clearly comes out in the collection.

“It’s just what I’ve always wanted to do,” she says. “I love creating and sharing my work.”