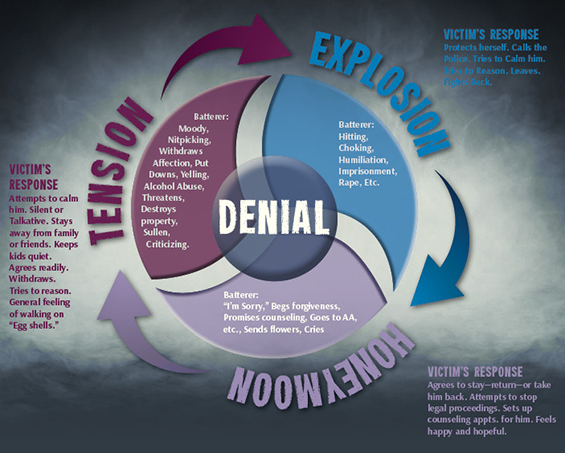 “Sanctuary,” as Hillary Staats defines it, “is a home, a shelter,
a haven. It is the creation of a safe place for people to live.”

Walk into Sanctuary Interior Design Build and immediately one feels at home in the plush and elegant surroundings that define Staats’ interior design business. In April, however, Sanctuary will hold a different meaning—one close to Staats’ heart. People will gather here to talk about how domestic violence affects children.

“We want to focus on experiences children might encounter, how it can affect their personal, high school, college, and community relationships long into the future, and how to bring healing to the family.” Her programs will show others how to recognize signs that could indicate a problem, whether in their own children or others in their community.

“If you see something, say something,” she said. “Using the acronym SEE, that stands for ‘Survive, Escape, Expose,’ people can remember the important steps to overcoming domestic violence.”

After divorcing from her children’s father, Staats entered another relationship, “Which unfortunately became a domestic violence situation,” she admitted. “When you’re in a violent relationship, you can be in denial about it.”

“My pastor sent me to the Woodburn Center support group where I saw a chart called ‘The Cycle of Violence.’ I was 40 years old and had 4 kids ages 14 to two. When I looked at the page I thought, ‘That’s me, and I knew I had to leave the abusive relationship.”

“Once I announced I was leaving, things got more violent. That is the most dangerous time,” she continued. “In my case, he picked me up, threw me down, and went crazy. I ran to my car and drove myself to the Balls Hill police station in McLean, terrified out of my mind.” Requesting a female officer, she asked for help obtaining a restraining order. The officer agreed if Staats promised to follow through.

“I never returned to his house; I walked away from everything,” she said. Luckily her parents were supportive. Staats refers to this time as her “fire,” because everything she knew was wiped out at once.

The fear continued as her abuser continued to stalk Staats, one time approaching her at Greenberry’s in McLean. Hillary locked herself in the bathroom, and when she emerged she found a note on her windshield stating, “You can run but you cannot hide.” He was jailed for 30 days.

“I realized he was a bully,” she said, “and my only strategy was to get a bigger bully—the police. I wasn’t strong enough to manage him.” Unbeknownst to her, he was a prescription drug addict as well, and when out of pills, his rage escalated. “The only way to stop domestic violence is to recognize it and either heal it through counseling or walk away from it. We need to learn that this is not acceptable.”

Staats has gathered domestic violence survivors, shelter representative and authorities to create an ongoing sanctuary where people can talk, share, and learn how to survive and prevent abuse, and heal the entire family.

She urges anyone interested in stopping domestic abuse for the children’s sake to come and find out more. “It’s time to give back and educate the community in an effort to protect the children.” Hillary lives happily now with her husband Tommy.